We are a full service accounting and taxation firm. If you’re starting a business, selling or buying assets, applying for finance, or need a proactive accountant, our firm can help with setting up your business or investment structure, accounting, and taxation.

We’re not all the stereotypical, boring number crunchers we’re sometimes made out to be. When it comes to our clients, we take them and their business very seriously. But when it came to our advertising, we wanted to have some fun with it. Little did we know what would happen next!

‘That’ billboard, which was attached to our initial offices in Coolum Beach has drawn quite a lot of attention!

A few months after its installation, a vandal took offence to the content and painted “Sex Sells, Bottom Line Interlect” across the wall and on the billboard.

They actually managed to spell the word ‘intellect’ incorrectly twice! After the first misspelling, they seemingly went home to get some brick coloured paint, (and maybe looked up the dictionary) then came back and managed to misspell the word again!

The local Coolum newspapers found this newsworthy and reported the event. Anybody who hadn’t heard of our firm, now had!

Furthermore, a photo of the incident was published in The Australian newspaper’s Weekend Australian magazine in December 2010.

After the vandalism, somebody made a formal complaint to the Australian Advertising Standards Board. The AASB ran the complaint through their process and found the billboard to be acceptable.

Almost a year after the billboards installation, a retired Police Chaplain took offence to the bare bottoms and sent us some emails requesting we remove the sign, or put some clothes on the offending bottoms. He also contacted our professional association, The Institute of Public Accountants, and requested they order us to remove the sign. We argued that the AASB found the sign perfectly acceptable, and so it stayed.

The outraged Chaplain contacted the Sunshine Coast Daily who took up the story, running it on the front page, and again on page five the following day.

All the local media then picked up the story and we even received a call from A Current Affair. It was extensively blogged about, and in the end, there was tremendous support for the bottoms.

All this attention has given our firm great brand recognition and we’re almost famous on the Sunshine Coast thanks to ‘that’ billboard!

Bottom line Control, headed by Malcolm Chilman, have been by tax agent/accountant/book keeper for more than 10 years now, and I have nothing but praise for the efficient and cost effective way they go about their work. I have recently given them my SMSF as well and am impressed by the meticulous way he goes about the process of staying within the lines of the over-complex Superannuation law. Whether it is simple BAS bookkeeping or complex questions of tax law, Malcolm is always there to help. And if he does not know some intimate detail of our almost incomprehensible tax process, he knows where to find the answer. Every business has the occasional need for a quick answer, so one of the characteristics that I appreciate here, is Malcolm's ready availability, by phone and email. 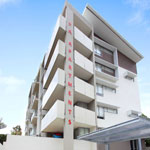 We changed all of our financials over to Bottom Line a few years ago and have been quite impressed with the service and advice we have received. Nothing is too much to ask of them. Thank you to Malcolm and staff for being there for us. 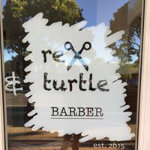 We switched to Bottom Line Control after realizing that our previous accountant was giving us incorrect advice and charging a premium for it. We have now been using Bottom Line Control for several years and have found Malcolm to be thorough and reasonably priced. He always finds ways to save money on our taxes. Malcolm and his staff are highly responsive and very easy to work with. We highly recommend. 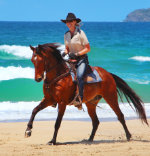 Thanks Malcolm for saving me the stress of sorting through all the issues of self-employment, and the many confusing deductions and tax items associated with that. Although I was extremely late in lodging my tax return, it was not a problem for you, and you managed to get me a healthy refund when I was sure I was going to have a bill! I will certainly be using your services in the future and have already been recommending you to others.

I have found Bottom Line Control to be very attentive to the needs of the business and reacts in a speedy manner, getting the job done. 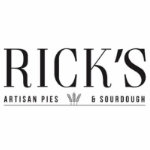 Servicing the Sunshine Coast and Beyond